In Kyoto, tourists flock to the picturesque Gion district to glimpse Geisha clip-clopping along cobbled streets. It's one of the most photographed parts of the ancient capital. But now the people who own some of the alleys are saying enough is enough

Welcome, but please have manners 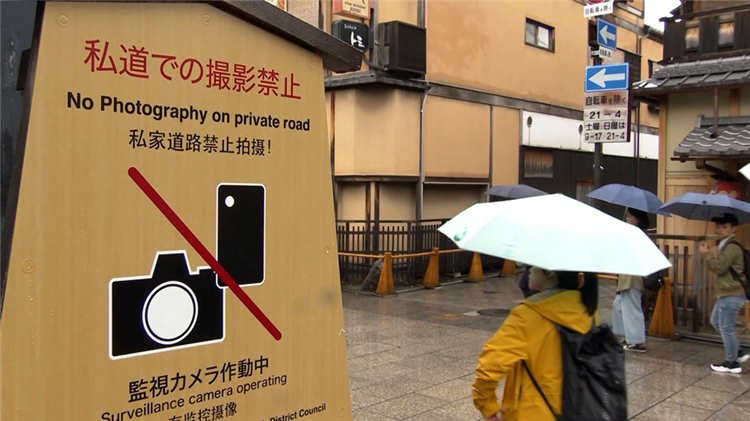 There is a fine of 10,000 yen or roughly 100 dollars for taking photos on private Gion streets

Signs banning photos were set up in some private alleys on October 25. The warnings are written in three languages: Japanese, English, and Chinese. Local residents and shop owners have tried to cope with an increasing number of tourists. But a community association decided to impose the ban amid rising discontent over bad-mannered visitors. There have been reports of trespassing and of tourists pulling at the kimonos of geisha entertainers and maiko apprentices.

Mimiko Takayasu, the chief of the local association, says they had to impose the ban to preserve Gion's traditional atmosphere.

Locals, police, and city officials also handed out leaflets urging tourists to ask for permission before taking photos of geisha and maiko. People can still take photos on public roads, including the photogenic Hanamikoji.

Reactions to the new rule are mixed.

One visitor from Taiwan said that he wanted memories of his trip and of Gion's culture, but understood that it was important to respect privacy.

A visitor from China expressed frustration. She said it is normal in her country to take pictures anytime and anywhere. Another tourist from China did not understand why private streets are considered different from other roads. 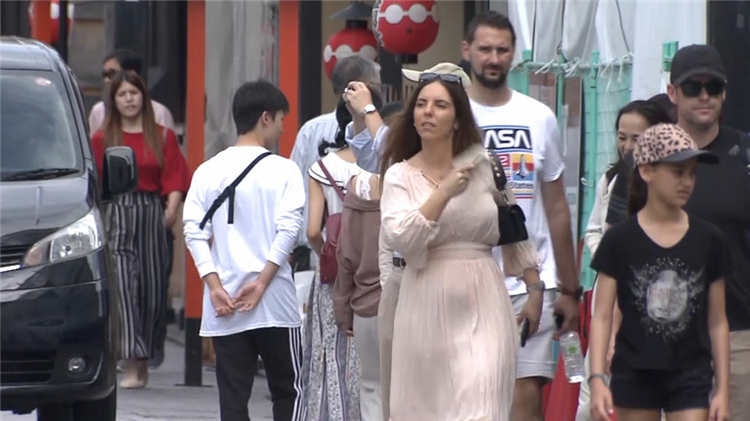 The photo ban is not the first that aims to regulate tourist behavior. The country's transportation ministry, together with Kyoto City and other agencies, started a pilot program to remind tourists about etiquette via push notifications on their smartphones late last month.

The notifications are sent to smartphones installed with tourist information apps for foreign visitors, or smartphones loaned by the local inns and hotels. Once tourists approaches a one-kilometer radius of the Gion district, they start to receive notifications. If they click on the messages, they will be connected to a website with detailed warnings in English and Chinese. 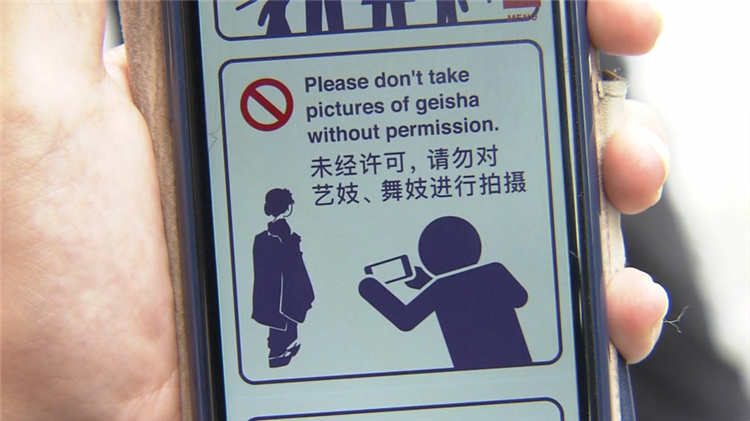 Warnings include, "Don't take photos of geisha or maiko without permission" and "Don't touch lanterns."

On weekdays, security staff will patrol the area to warn tourists when they're breaking etiquette.

Tourists may not be happy to see banners, regulations and security guards while on vacation, but locals say such measures are necessary to keep their lives free of stress and maintain the district's unique culture. We are here (Japan Airport Transfer) to guide you with a private transportation service.www.airport-pickup.com